We all love heroes, but what makes a hero a legend? A fantastic villain. Now when we have teams of heroes, the stakes for villains must be raised as well. This is when we get some of the greatest villains. We know that the DCCU will be chock full of villains thanks to Suicide Squad, but few villains have the power and expertise to go up against the whole Justice League. There have been many speculations as to who the villain or villains could be for the upcoming two part Justice League movie, but I want to explore five different villains who deserve to be the main antagonists in a Justice League movie, whether it be these two or other upcoming ones because it’s logical to expect more than just these two to be done. 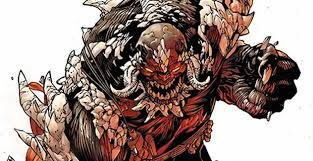 Doomsday, as most of us comic nerds know, is stronger than Superman. However, his power goes even beyond that. Described by DCComics.com, He has, “an immeasurable level of strength and invulnerability beyond those of even Superman.” As we know, there are more than one way to defeat a being of such strength, but it takes a huge amount of resources, effort, and strength to even go up against such a villain. DCComics.com also describes him as having an “endless rage” that I’m sure will help him outlast at least some members of the League during their epic battle. Doomsday also has a plain disregard for life itself, so poses a threat to not only the League members, but everyone they protect. It would also be great fan service to see the monster who killed the Man of Steel in the comics do the same on-screen. It could really throw casual moviegoers for a loop because, they don’t know like us nerds, that Superman comes back, eventually.

There was recently a comparison of Brainiac to Ultron, however, Brainiac is far more powerful and menacing. Brainiac poses a universal threat for the Justice League to solve. He may be another Superman villain, but he can be set up to pose a much larger threat, as to necessitate the involvement of the entire league. Brainiac also uses the information and technology that he has absorbed throughout the galaxy to help aid his villainous schemes for world annihilation and consumption when he gets to earth. It would be a worldwide spectacle to see the Justice League have to thwart a worldwide invasion, as well as up the stakes from a city or one area to the entire world and human race. I do think that DC should save Brainiac for a bit considering that some regular moviegoers might mistake him for an Ultron rip-off which he is not, but to the casual viewers he might seem so. 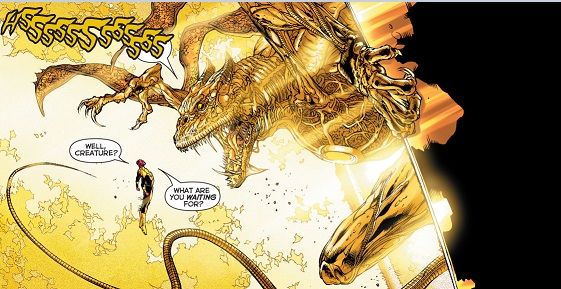 Parallax is an immensely powerful being that can pit the Justice League against each other. Much like BvS, Parallax could create a situation in which we see other heroes pitted against each other. Parallax can mindcontrol those who are susceptible to it’s fear, so we could have heroes like Superman and Wonder Woman fall under it’s control while others like Batman and Cyborg do not. Also, Hal Jordan could be used as it’s host and used almost as a villain. Although, Jordan wouldn’t actually be the one responsible, it could help make the character much more tragic having to live with the destruction and death he has caused while under control of Parallax. Also, I believe this villain is much to large and encompassing to keep as just a Green Lantern villain, like they tried to do in the failed Green Lantern movie. I think this villain is deserving of a League beatdown. 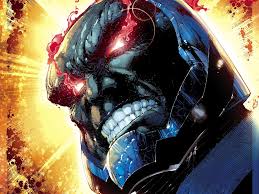 This big guy is our runner up even though he tops a lot of people’s lists. He was at the top of mine for a long time, but I recently changed my mind. Anyway, Darkseid is a bona fide killing machine. He’s extremely cunning, tactful, and strong. He has a world full of an army at his disposal, super strength, omega-beams, and did I mention he’s the son of a literal God? Darkseid has everything a supervillain could ever want or need. This guy is so bad that the creators actually based him off of Adolf Hitler. These are all the more reasons why a proper incarnation of him needs to be seen on the big screen taking on our favorite DC heroes. He is a force to be reckoned with and demands more attention and energy than our team may have. He could be a villain that strains our heroes so much that one even dies. 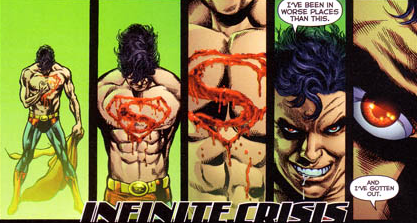 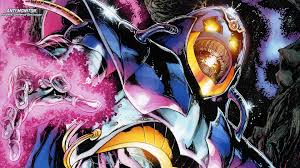 I think this villain poses the greatest threat to the League and has the potential to change the entire cinematic universe. That is why I think the Anti-Monitor deserves to be my number one. He is the direct cause of Crisis on Infinite Earths and actually causes an alliance between Darkseid and the Justice League. Anyone that is that powerful to cause such a partnership deserves to be the focus of a Justice League movie. The Anti-Monitor could be the end to a DC universe and be a proper send off to our heroes. He can be the be-all to end-all in this cinematic universe. I think you save him for the last team up when all of our heroes have been established and fleshed out, only to give them all the ultimate test.


Of course, let me know what villains you would like to see face the Justice League in the DCCU in the comments below. What do you think of my list? Am I crazy? Please be sure to share this and give it a thumbs up if you enjoyed it and tell me why you didn’t like it if that’s what your heart desires. Thanks for reading!